Topology Map widgets reflect the relationships among resources in your network environment. As discussed in Topology Mapping Overview, the visual context that LogicMonitor’s topology maps provide can be very beneficial to your monitoring operations, supporting efficient troubleshooting of alerts and auto-discovery of relationships among resources. Unlike the majority of LogicMonitor widget types, Topology Map widgets are not created from the Dash page. Rather, they are topology maps that have been created and saved on the Mapping page, as discussed in Mapping Page.

) icon on the Mapping page), you are presented with the Add to dashboards dialog. 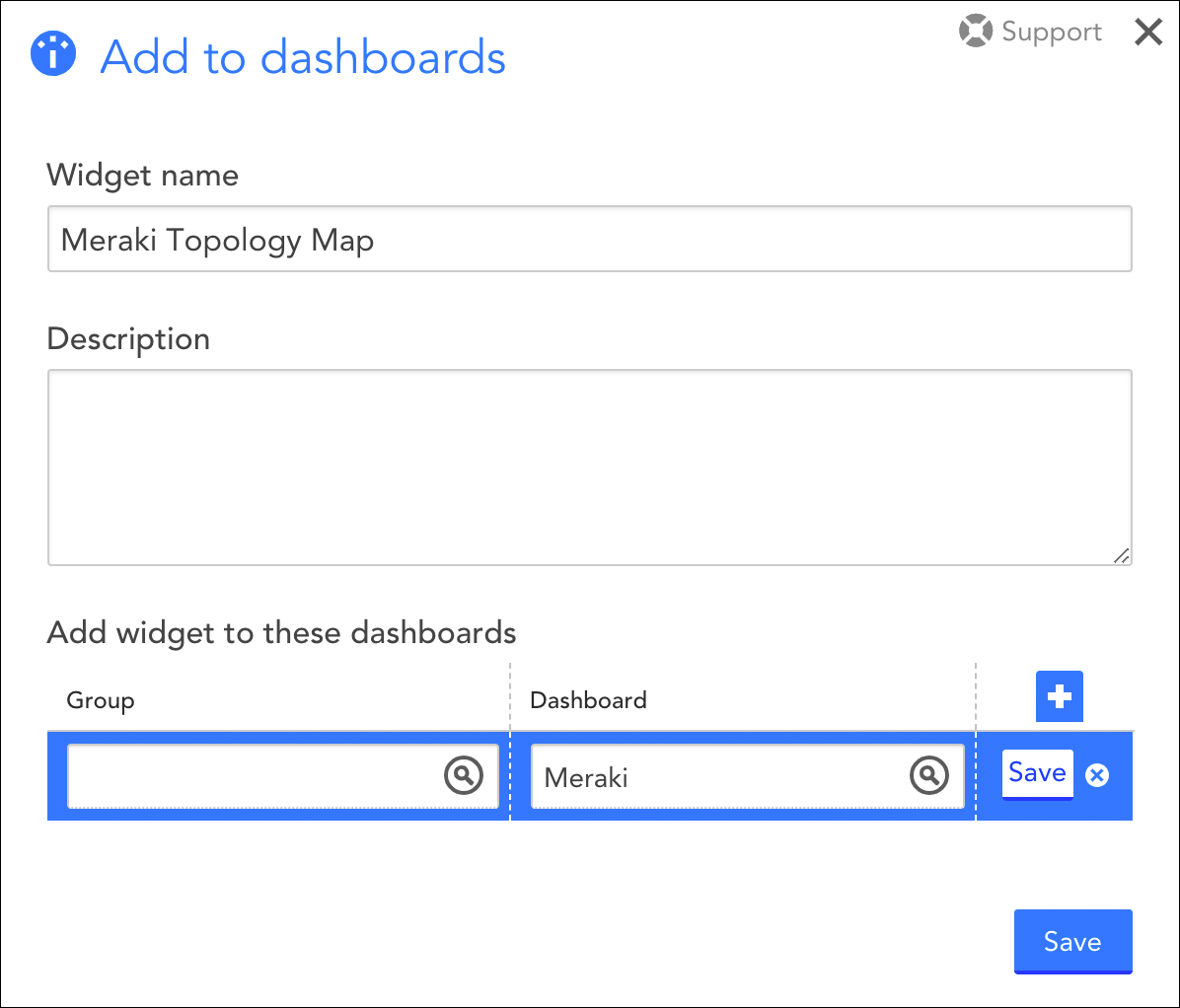 From the dashboard, you can manage Topology Map widgets similarly to how you manage other widget types (e.g. clone, set refresh frequency, set color schema, move to another dashboard, generate embedded widget links, etc.). For more information on these configurations, see Adding and Configuring Widgets.