Setting Up DevOps Teams for Success  The gap between top and low-performing engineering teams is dramatic, whatever angle you look at it from. Whether you analyze their tech stacks and architecture choices, performance metrics, or cultural and team elements, the delta tends to be quite impressive. Despite the wide range of approaches, a few indicators paint a clear picture of the typical characteristics of a well-oiled setup.

We’re getting to the root cause when we zoom into the cultural aspects. How do teams manage DevOps? How is ownership distributed and thought about? This is where the data is most definitive and where teams that want to drive change can actually start off with. 100 of 100 developers in high-performing teams report they are running a true “you build it, you run it” setup. A setup so streamlined and optimized that it doesn’t get in their way through overly complex design or restrictive abstractions. In comparison, only 3.1% of low-performing teams report this. In 52% of cases, low performers are still stuck in a model of “throw over the fence” operations. In 44.9% of cases, developers are left alone and develop a “shadow operations” model, where senior developers are taking over the role of operations to help less experienced developers, creating all sorts of inefficiencies.

The 40% of low performers that do not use configuration as code will see skyrocketing amounts of work trying to roll back, follow good governance, meet audit requirements, etc.

Deployment Frequency: if your environment management isn’t dynamic, you’re on a monolith, or your team composition and process flow is buggy, deploying and shipping software fast gets very hard.

Lead Time: The time it takes to implement, test, and deliver code.

Mean Time to Recovery (MTTR): how long it takes you to get everything full operational again after a product or system failure

Change Failure Rate: signals how much “faulty” code makes its way to production with any given deployment

Aaron Erickson, who built Salesforce’s Internal Developer Platform:  “Service ownership is a good idea in theory, but in practice people get confused. If developers have to run all the ops for their services, you do not have any economies of scale. To run 1,000 different services around Kubernetes, you shouldn’t need 1,000 Kubernetes experts to do that.”

The most commonly used description for Golden Path-style self-service setups are Internal Developer Platforms. An Internal Developer Platform, or IDP, is a self-service layer that allows developers to interact independently with their organization’s delivery setup, enabling them to self-serve environments, deployments, databases, logs, and anything else they need to run their applications.

You have to treat developers as users, you have to iterate with them, you have to explain why the golden path makes sense and why they should use it for the good of everybody. (“win the hearts and minds of developers”) 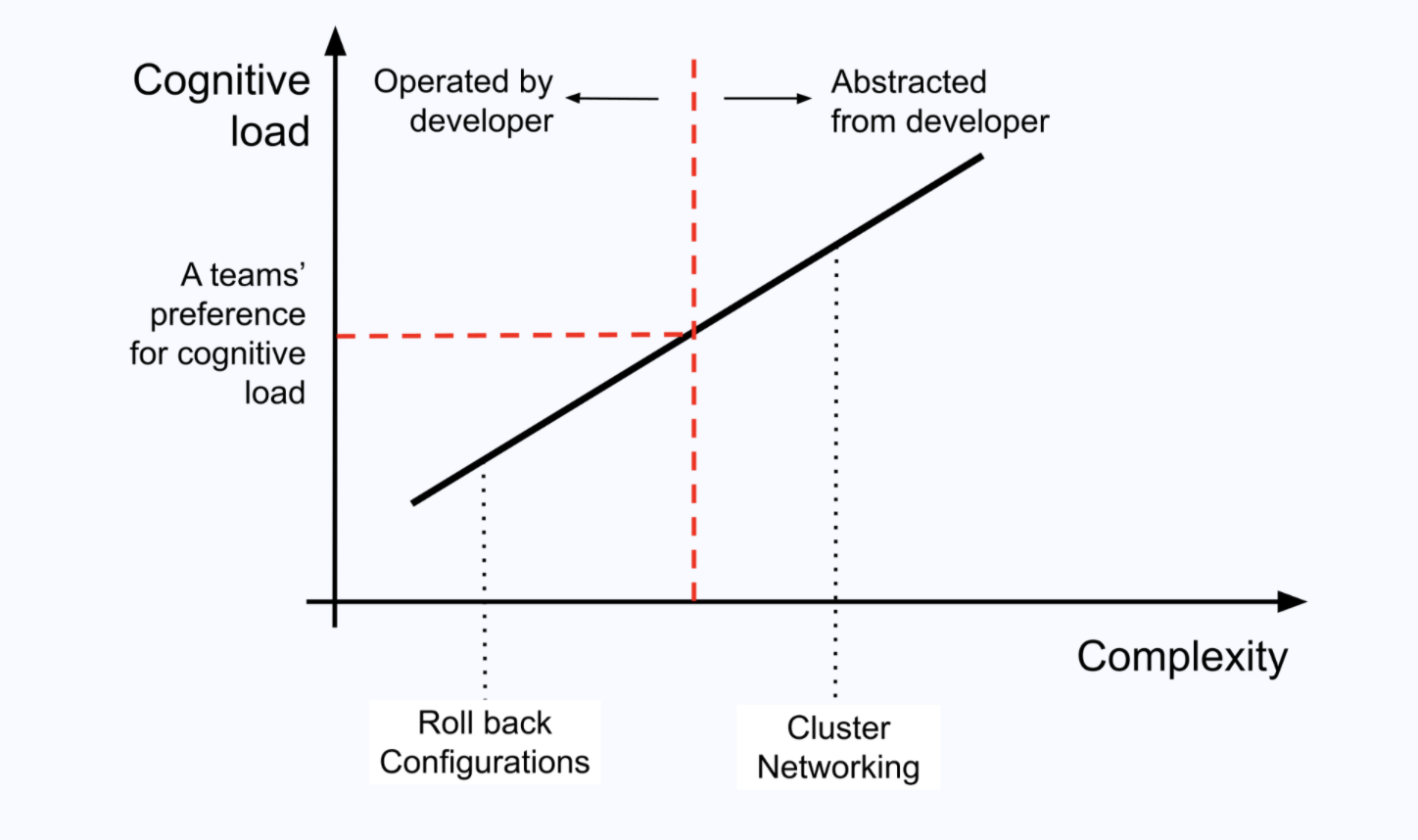 Winning DevOps with a Self-Service setup build by platform teams

The mission: to build the tools that enable developers to ship scalable applications with high speed, quality, and performance

the Platform team is not to be seen as some sort of extension of the SRE or Ops teams, but rather as its own product team, serving customers (app developers) within your organization. Becoming a Platform Engineer

Successful Internal Platform teams manage to put in place strong guardrails and standards for their development teams. Without taking away too much of their autonomy.

Get the full report